Endurance rider, Bella Fricker, is the latest young rider to join the Equiform Nutrition team of Sponsored riders. Based in North Buckinghamshire, Bella has been riding from a young age and began endurance riding at the age of 13.

She is currently a member of the Under 21 Team GBR Squad and is the Young Rider Representative for the Midlands. Bella’s own horse, Spanish Heir, a 6 year old Anglo-Arab has just finished his novice season and will be moving up levels next year competing at distances of up to 80km and then the following years at 120km and 160km. Not only does she compete her own horse but she competes a string of other horses for several different owners both within the UK and Internationally.

With 2016 on its way Bella has many goals and aspirations for next year. Due to her success she has been invited to compete in the Middle East over Christmas and hopes to gain a place at the Young Rider European Championships next year. Whilst having a busy endurance career Bella still finds time to study Politics and International Relations at Sheffield University.

We look forward to sponsoring Bella and watching her become an endurance star. 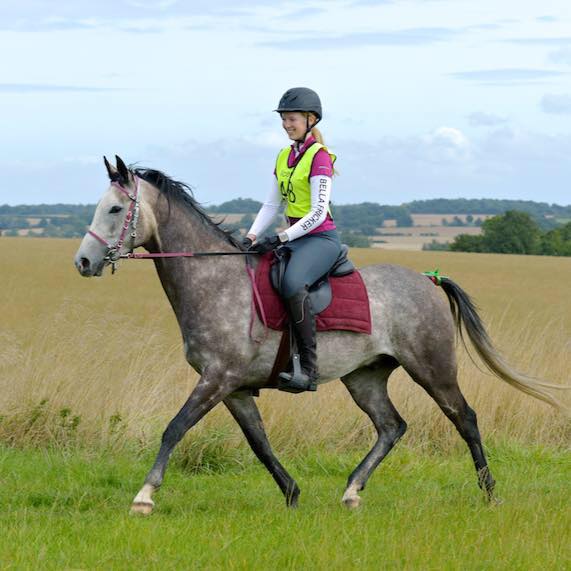 Our year kicks off with a full team trip to Vilamoura where we take the young and older horses. This normally gets us in to the swing of things for the year and we can make our plans from there. I hav...[+]

We are hoping to go to Vila Moura the middle of February to compete there for 5 weeks with the two stallions, Outcast and Whisper in the wind as we have not been abroad for a few years and it is befor...[+]
Connect with us